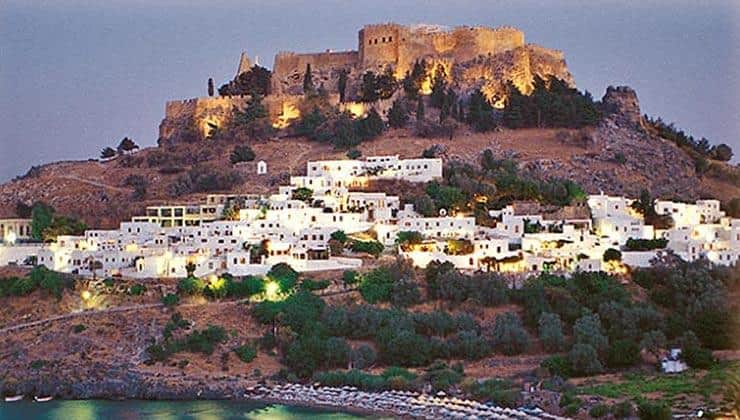 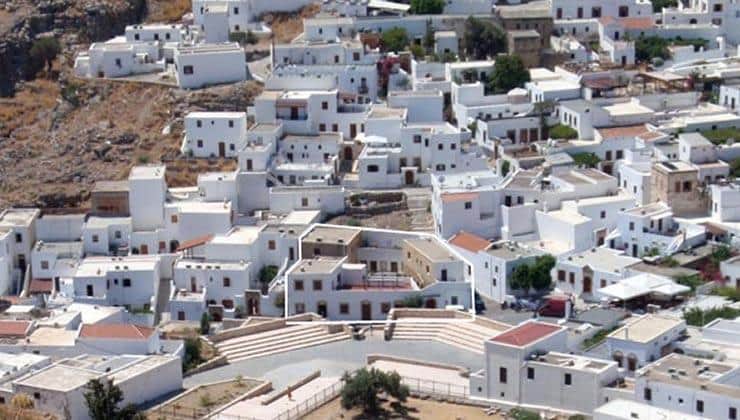 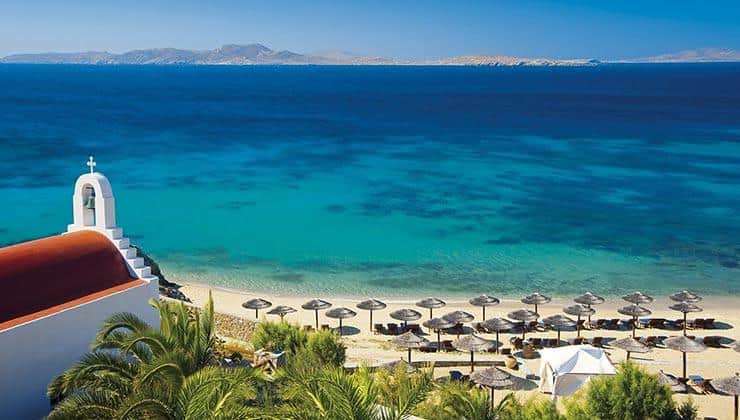 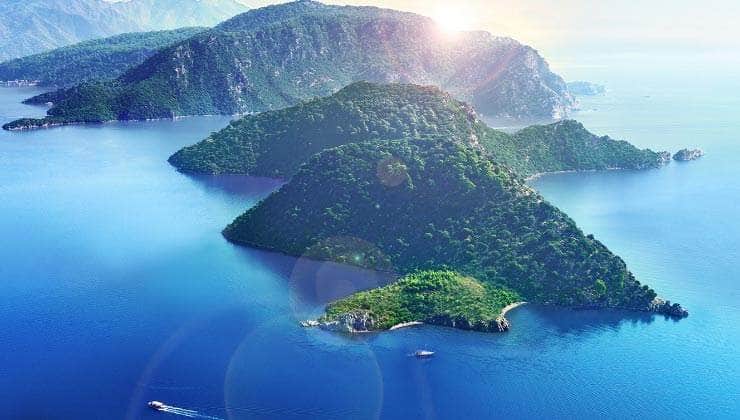 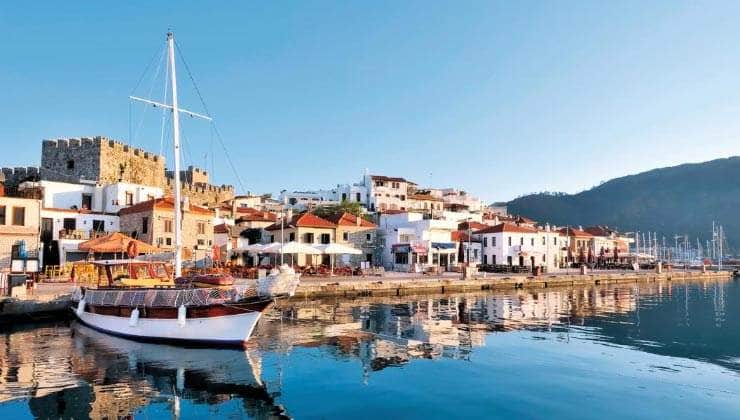 This combined Tours gives you opportunity to visit best popular destination for two countries. After the tour you can embellish your vacation to take an extention in Turkey, such as Bodrum, Ephesus & Istanbul. Athens, one of the ‘’cradle of civilizations’’. The visitor must to see the monuments, the sights and the museums and get in touch with the city’s glorious past. Rhodos island is one of the open monument to see, and Marmaris will be the good chance to relaxing, and listen yourself.

On arrival airport Transfer to Hotel overnight stay in Athens.

This tour gives you an opportunity to observe the striking contracts that makes Athens such a fascinating city. The guide takes you to see the center of the city, Constitution square (Syntagma Square) the House of Parliament, the Memorial to the Unknown Soldier and the National Library. Driving down Herod Atticus Street, you will see the Evzones in their picturesque uniform and the Presidential Palace. On the way to the Acropolis, you will see the Panatheanic Stadium (where the first Olympic Games of the modern era were held in 1896) (Short stop) the Temple of the Olympian Zeus and Hadrian’s Arch. At the Acropolis visit its Museum and the architectural masterpieces of the Golden Age of Athens: the Propylae, Temple of Athens Nike, Erechteion and finally, the monument that puts order in the mind, the Parthenon. Free afternoon Overnight Stay
(Daily departures, start 08:45 end 13:00)

Drive through the fertile plain of Boeotia, crossing the towns of Thebes connected with the tragedy of King Oedipus Levadia and Arahova, Arrive at Delphi the center of the Ancient world – the “Omphalos” (Navel) of the Earth – whose prestige extended far beyond the boundaries of the Hellenic world. On the slopes of Mt Parnassus, in a landscape of unparalleled beauty and majesty, lie the ruins of the Sanctuary of Apollo Pythios. Visit the Treasury of the Athenians, the Temple of Apollo and the Museum containing such masterpieces of ancient Greek sculpture as the bronze Charioteer and the famous athlete Aghias. Lunch in the modern village of Delphi with return to Athens by the same route. After Breakfast Drive to Delphi (Apollo Temple) to see the most important oracle center of ancient period Overnight Stay in Athens.

After breakfast transfer to Athens airport and take flight to Rhodos Island. Arrival and transfer to hotel. Free day for leiusure.

Free day at leisure or Optional Lindos Half day tour. Starting from the town of Rhodes, we drive along the east coast of the island and 50 kilometers from the town, the village of Lindos with its ancient Acropolis is located, the most beautiful and famous archaeological site on the Panoramic View Of Lindo Along the road, we will have the opportunity to pass through many typical villages of the island, such as Afandou, Archangelos, Malona, Masari, and to admire the beautiful countryside. Old Picture Of Archangelos Mihail Passing through the village of Archangelos, we will have the opportunity to stop at a ceramic factory, so that we can have a taste of the most traditional art of the island. Rhodes has long been famous for its pottery, exported all over the world known at that time. You will be able to admire the outstanding Lindian designs of the 16th-17th century AD, as well as today’s designs, which many became symbols of Rhodes, such as the deer, the ibiscus flower, the Colossus of Rhodes, etc. You will also see a exhibition in the factory and have the opportunity to buy some souvenirs.

Free day at leisure or Optional Rhodes island city tour. Rhodes, the capital of the island, founded 2,400 years ago, on its north-eastern tip is a fascinating city. A “melting pot” of the historical remnants of its ancient and medieval past together with the “hustle and bustle” of present day cosmopolitan life awaits your visit. Our tour begins with exploration of the ancient Acropolis of Rhodes. It is situated high on the summit of “Monte Smith” Hill, where remnants of the Temple of “Apollo” and the restored edifices of the Ancient Stadium and Odium dominate over the modern city of Rhodes. Only a few minutes from the Acropolis, we enter yet another atmosphere: High walls, deep moats, narrow cobbled streets lead the way to the medieval town of the Knights. Byzantine churches, Gothic rhythm Palace, Inns and Hospitals, and Mosques co-exist in the most traditional Greek setting touched little by modern hectic pace and way of life.
One of the most impressive building within the Walls is the “Grand Masters’ Palace” it was restored during the Italian period of the island today housing a superb collection of original mosaics from Kos island dating from the Hellenistic to early Byzantine period. With a visit there, the wide Street of the Knights will capture your heart and mind with its simplicity.

After breakfast and check out transfer to the port for your ferry to Marmaris. Upon arrival transfer to your luxury hotel in Marmaris.

Free day for Leisure. You can take an optional boat trip tour or jeep safari tour.

After Breakfast Checkout from the hotel free time till departure to airport.

TOUR PRICE DOES NOT INCLUDES 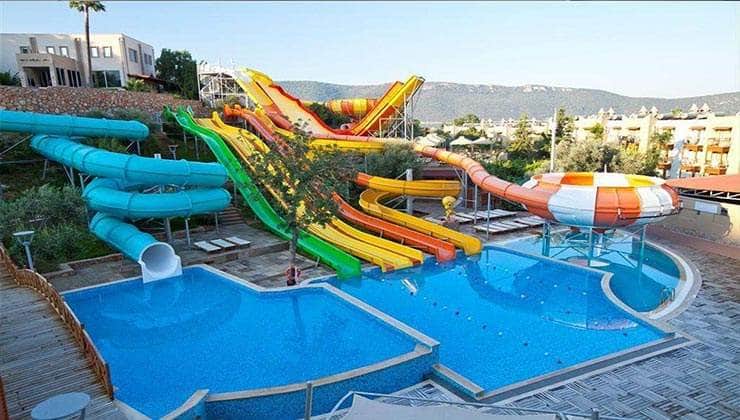