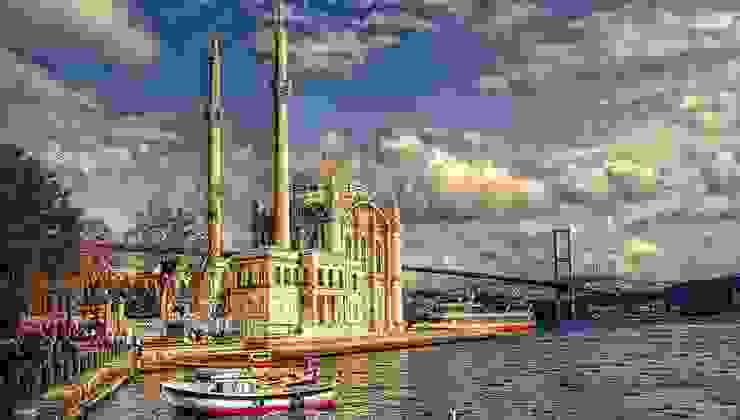 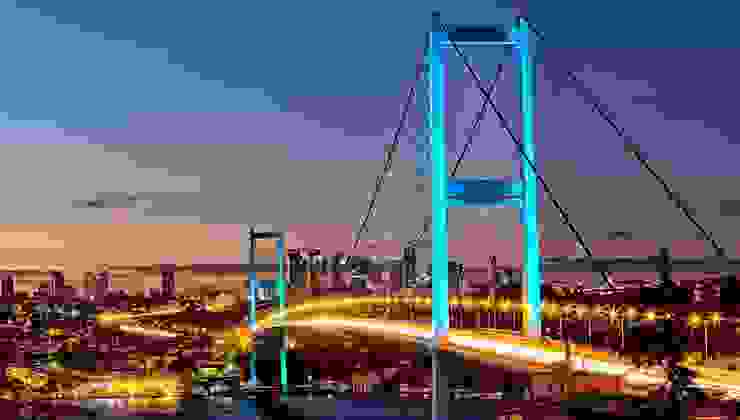 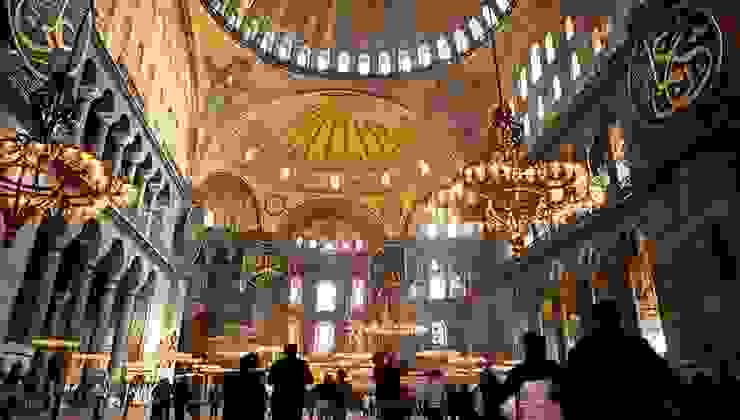 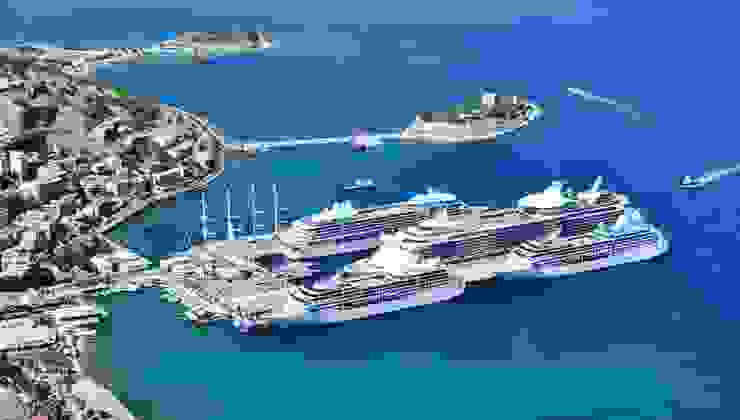 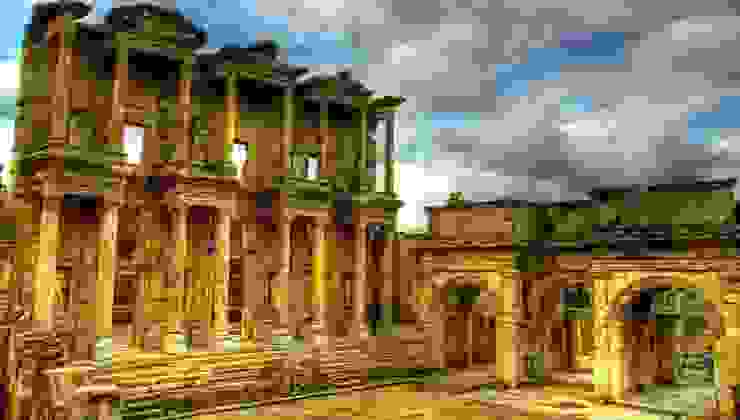 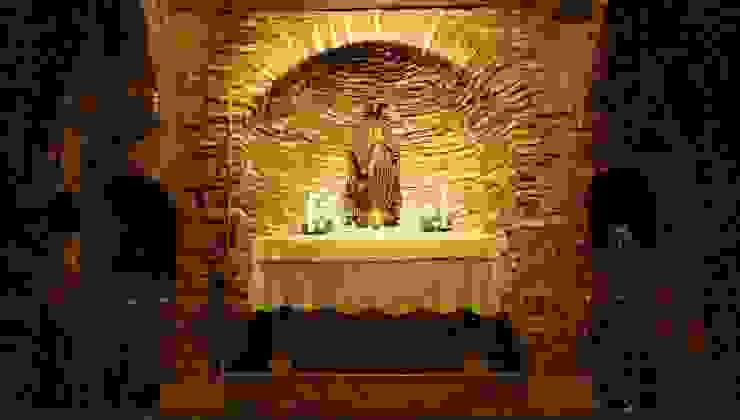 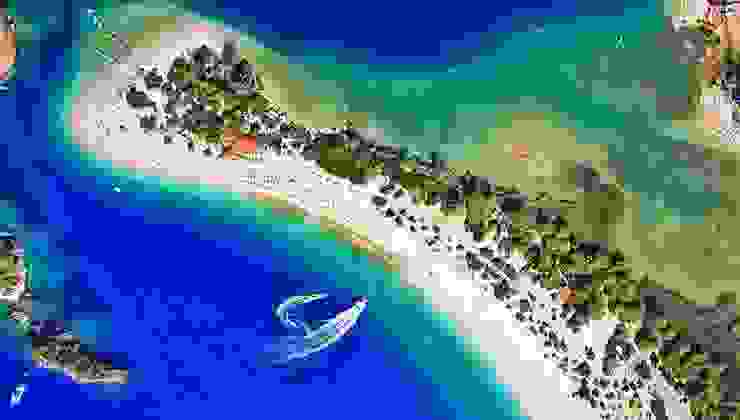 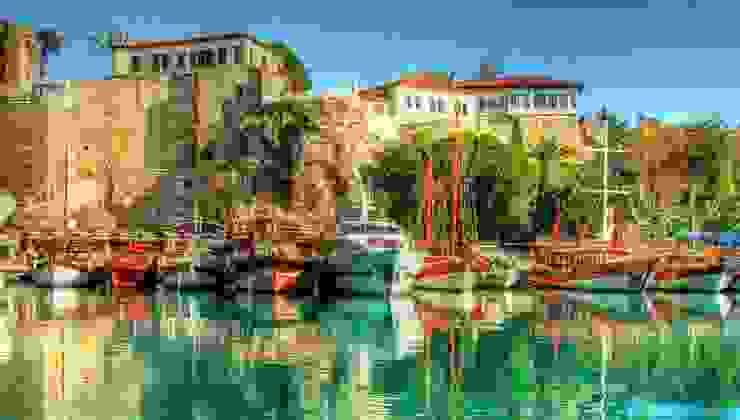 Turkey is a country which is a combination of different cultures and home of many different civilizations. As a result Turkey has many historical places and naturel beauties. You can take a look at featured places like Ephesus, Capadoccia and places in Istanbul in Turkey below. If you need more information about that places you can check our About Ephesus, About Cappadocia and About Istanbul pages.

According to ancient historians the myth of the foundation of Ephesus goes back to the period before the Ionian colonization. As it was customary in ancient times to consult the oracle before any important event, Androclus, the son of Codrus, the legendary King of Athens did this about where to settle or found a settlement. The answer was simple: “at the place which will be indicated by a fish and a wild boar”. After colonists landed in Anatolia, they were camping somewhere near Ephesus and were grilling fish. A burning fish set a bush on fire causing a boar to leap out of the bush and run away. Remembering the words of the oracle the colonists decided to found their settlement there.

Some sources say that the city was founded by the Amazons. In mythology, the Amazons were a race of woman warriors who lived in Anatolia and fought with the Trojans against the Achaeans in the Trojan War. At that time, their queen was killed by the Achaean hero Achilles. According to legend the Amazons dealt with men for only two reasons, procreation and battle, and they reared only their female young. The Amazons were frequently depicted by artists as being in battle with men.

The city was an Ionian colony formed sometime after 1000 BC. Some authorities have suggested that the history of the city goes back to the Hittite period, c. 1400 BC, and it was the city which the Hittites called Apasas. The earliest archeological evidence is the Mycenaean ceramics found on the Ayasuluk Tepesi (Hill). This does not imply that there had been a Mycenaean settlement in the region of Ephesus. Mycenaean ceramics were popular and found in many other places.

Ephesus has been located at different places in different times. Ephesus I was located on Ayasuluk Hill and inhabited by ancient Anatolians, Carians and Lelegians. At that time there was a cult of the Great Earth Mother which acted like a magnet attracting pilgrims and settlers even before the Ionian migration. Ephesus II was on the north slope of Panayir Dagi (Mount Pion). As with other cities of the Aegean coast of Anatolia, Ephesus came to be ruled by Croesus of Lydia in the mid-6C BC, before passing to the Persians after 546 BC. It joined the Delian League after the Persian Wars. In 334 BC it fell to Alexander the Great and subsequently to his successors: Lysimachus and Seleucid rulers. In the 4C BC the harbor threatened to silt up the settlement and it was moved to a new location between Panayir Dagi and Bulbul Dag (Mount Coressus) by Lysimachus to form Ephesus III. The remains of city walls from this period can still be seen at the foothill of Bulbul Dag (The Nightingale Mountain). Later it was controlled by Pergamum, eventually passing into Roman hands in 133 BC. During this period Ephesus became the capital of province of Asia Minor and the population reached a quarter of a million. After the 6C AD, due to the persistent silting up of the harbor and repeated raids by Arabs, the city changed its location back to Ayasuluk Hill forming Ephesus IV.

CAPPADOCIA, in other words KATPATUKA, Land of Beautiful Horses Cappadocia is one of the flowers of world with history, geography, and culture it has. Hence this extraordinary feature has drawn attention of the world and has been included into World Heritage List by UNESCO in 1985. Turkey is one of the nine countries taking place in World Heritage List.

The earliest record of the name of Cappadocia dates from the late 6th century BC, when it appears in the trilingual inscriptions of two early Achaemenid kings, Darius I and Xerxes, as one of the countries (Old Persian) of the Persian Empire. In these lists of countries, the Old Persian name is Katpatuka, the land of beautiful horses.

History of Cappadocia dates back to Paleolithic Age. The prehistoric settlements of the area are Koskhoyuk (Kosk Mound) in Nigde, Aksaray Asikli Mound, Nevsehir Civelek cave and, in the southeast, Kultepe, Kanis and Alisar in the environs of Kayseri. First known local people in history of Cappadocia are Assurians, establishing trade colonies in Anatolia and formed first trade colonies. cave hotels of cappadocia.

This area with unusual topographic characteristics was regarded as sacred and called, in the Scythian/khatti language, as “Khepatukha” meaning “the Country of the People of the Chief God Hepat”. The tablets called Cappadocian Tablets and the Hittite works of art in Alisar are of the important remains dating from 2000s B.C. After 1200s B.C., the Tabal principality, of the Khatti Branches of Scythians, became strong and founded the Kingdom of Tabal. Following the Late Hittite and Persian aras, the Cappadocian Kingdom was established in 332 B.C. During the Roman era the area served as a shelter for the early escaping Christians. There are also several underground cities used by early Christians as hideouts in Cappadocia. After Romans, Cappadocia was under domination of Seljuks and Ottomans.

Istanbul is the only city in the world that spans over two continents. Europe and Asia. The city embodies mystery, intrigue, and glamour which left most other cities long ago. While the museums, palaces, great mosques, and bazaars seem inexhaustible, there’s also an unexpected natural beauty. From the shores of the Bosphorus at sunset, the red evening light reflects in the windows on the opposite shore and you understand what attracts people to this glorious city.